Why Should I Vote? 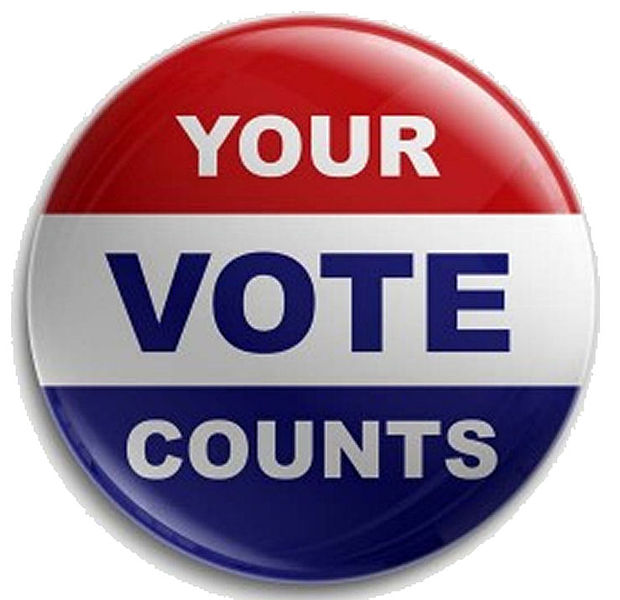 If you don’t like what’s happening in our country, you have both the opportunity and the responsibility to do something about it. Vote. If you want to ensure that our Constitution endures, vote. If you need a reminder of just why it is so important, it is this: according to the first amendment, “Congress shall make no law respecting an establishment of religion, or prohibiting the free exercise thereof; or abridging the freedom of speech, or of the press; or the right of the people peaceably to assemble, and to petition the government for a redress of grievances.”

Eleven worshippers at the Tree of Life Synagogue in Pittsburg, Pennsylvania, were gunned down in cold blood last week, simply for exercising their first amendment right. If you are horrified that people have been killed while at prayer, vote.

If you are appalled at the emerging reality of our country as a place where citizens increasingly take up arms against each other, or send pipe bombs in the mail, vote.

If you are concerned about the uptick in hate crimes against the Jewish, Black, gay and lesbian, Latino, and Muslim communities, vote. The hate rhetoric originates at the top of our government, with a president who follows the playbook inspired by George Wallace. That playbook includes ‘White Nationalism’ as a belief that citizenship should be defined by the color of one’s skin, their eyes, and hair, how they dress, and how they worship.

If you want the script to change—then vote.

If you want a congress that will protect the Mueller investigation, in spite of recent judge appointments, including that of Bret Kavanagh to the Supreme Court, then vote. In the 1974 case of US. v. Nixon, the Court ruled unanimously that Nixon was not above the law, and that he was required to release his White House tapes. Kavanaugh later wrote in 1999 that perhaps the case was “wrongly decided,” and that as a justice, he might support the president’s right to refuse to turn over evidence to Mueller’s team. If this makes you uneasy, vote.

The midterm elections are not glamorous, not as exciting as the presidential elections, but they are no less important. Congress makes our laws. Congress needs to be a check and balance to the judicial and executive branches. If you feel that Congress is not doing its job, then vote.

We live in a democracy, by definition a country in which the supreme power is vested in the people. That power is exercised directly or indirectly through a system of representation, with periodically held free elections. And yes, your vote matters. Every American that does not take the time or effort to vote, simply gives away that ‘supreme power’ to someone else.

Like the United States, Afghanistan is currently in the midst of parliamentary elections. Out of around 12 million eligible Afghans, almost 9 million are registered to vote, including 3 million women. If you think it is an inconvenience to vote in the United States, think of the Afghans. They face the possibly of violence from the Taliban just by showing up at the polls. Throughout Afghanistan, more than 54,000 members of the security services have been deployed for protection.

Incidentally, in Afghanistan’s lower house, the Wolesi Jirga (House of the People), 69 of 249 seats are held by women, or approximately 28 percent. In the US Congress, there are 106 women serving, making up just less than 20% of all 535 seats in the House and Senate. The 2017 global average of seats held by women in parliaments around the world was 24%.

50 years ago, Richard Nixon ran against Hubert Humphrey in the presidential election of 1968. A young Peace Corps Volunteer voted for the first time in that election, and her experience is captured in the book, “Little Women of Baghlan: The Story of a Nursing School for Girls in Afghanistan, the Peace Corps, and Life Before the Taliban.” As described in the book, the young Volunteer didn’t just fill out her absentee ballot, and drop it in the mail box.

“She carried it to the taxi bazaar in Baghlan, where she hired a driver for the fifty-mile trip to Kunduz. From there one of the Volunteers would take it to the post office in Kabul. One vote cast among millions, but her vote nonetheless, and she was strangely moved by her participation in the process so far from home.”

A half century later, we still breathe the air of freedom, and in this midterm election, we cannot take this freedom for granted. Threats to our democracy do not always come from outside our borders; often they come from within. Democracy is eroded by lawmakers who legislate voter suppression, by congressmen and senators who remain silent during riots in Charlottesville, who look away from children orphaned at the border, who echo anti-Semitic, racist language, are willing to roll back women’s rights, deny climate change, refuse to acknowledge the gay community, ban Muslims, and put personal gain above the good of our country.

But there is a simple defense against these lawmakers.

Vote them out. While you still can.