Little Women of Baghlan describes life in rural Afghanistan. Through the first-hand account of Jo, a Peace Corps Volunteer at a Nursing School for Girls, author Susan Fox shares her stories about women’s rights in Afghanistan before the Taliban, before the Russian invasion, and before the Afghan war.

It was happenstance. Chance. Or maybe it was fate that brought two friends together: one with a story to tell, and one who took the story to heart, and put pen to paper.

It was just a conversation, the kind of easy exchange between two people who have been friends for a very long time. As I chatted with my friend Jo, she casually mentioned a box of letters, tapes, and a diary she had saved from her service in Afghanistan with the Peace Corps in the late 1960s.

“I go through the box every couple of years,” she said. “And every time, I intend to write a story about what we did—what it was like when we were there.”

I had always known about Jo’s Peace Corps experience. Unknown to me until that moment, however, was the existence of a diary. I encouraged her to pursue the idea.

“Just think of all the things you did, Jo. And you have a record of it all. You should definitely write your story.”

“And I page through the diary, look at the pictures, maybe listen to a couple of tapes. But then what?” She gave me a self-deprecating little shrug. “I don’t know where to start. So I pack everything away—until the next time.”

I remember that I couldn’t help smiling at the abject expression on her face, and before I realized what I was doing, the words were out of my mouth. “I’ll write it for you!”

However, like Jo, I struggled to find a starting point. It was easy enough to piece together a factual account of her experience, but as I worked my way through her journal for a second time, the words evoked images from the past, like black-and-white snapshots of a time and place that has since vanished.

She describes a group of Americans living in a village called Baghlan, working together despite religious and cultural differences. In world that increasingly equates different with evil, her narrative is a desperately needed call for mutual respect and understanding.

I queried Jo about the women of Afghanistan, specifically what life was like before the Taliban came to power, for the project soon evolved as a voice for them, indeed, a voice for women everywhere who cannot speak for themselves. At the same time I felt it was imperative to present an accurate and balanced account of that particular time in history. During the 1960s the Afghan government was making the first tentative steps towards recognizing women’s rights, a movement cut short by the Russian invasion in 1979.

I read President Kennedy’s Executive Order to establish a bold new program, and was reminded once again how the Peace Corps continues to reflect the highest ideals of our country, holding an enduring place among all diplomatic efforts initiated by the United States.

Finally, I revisited Jo’s diary with a new appreciation of what she had given me: the first-hand account of an ordinary young woman who answers the call to service and adventure during an extraordinary time in world history. 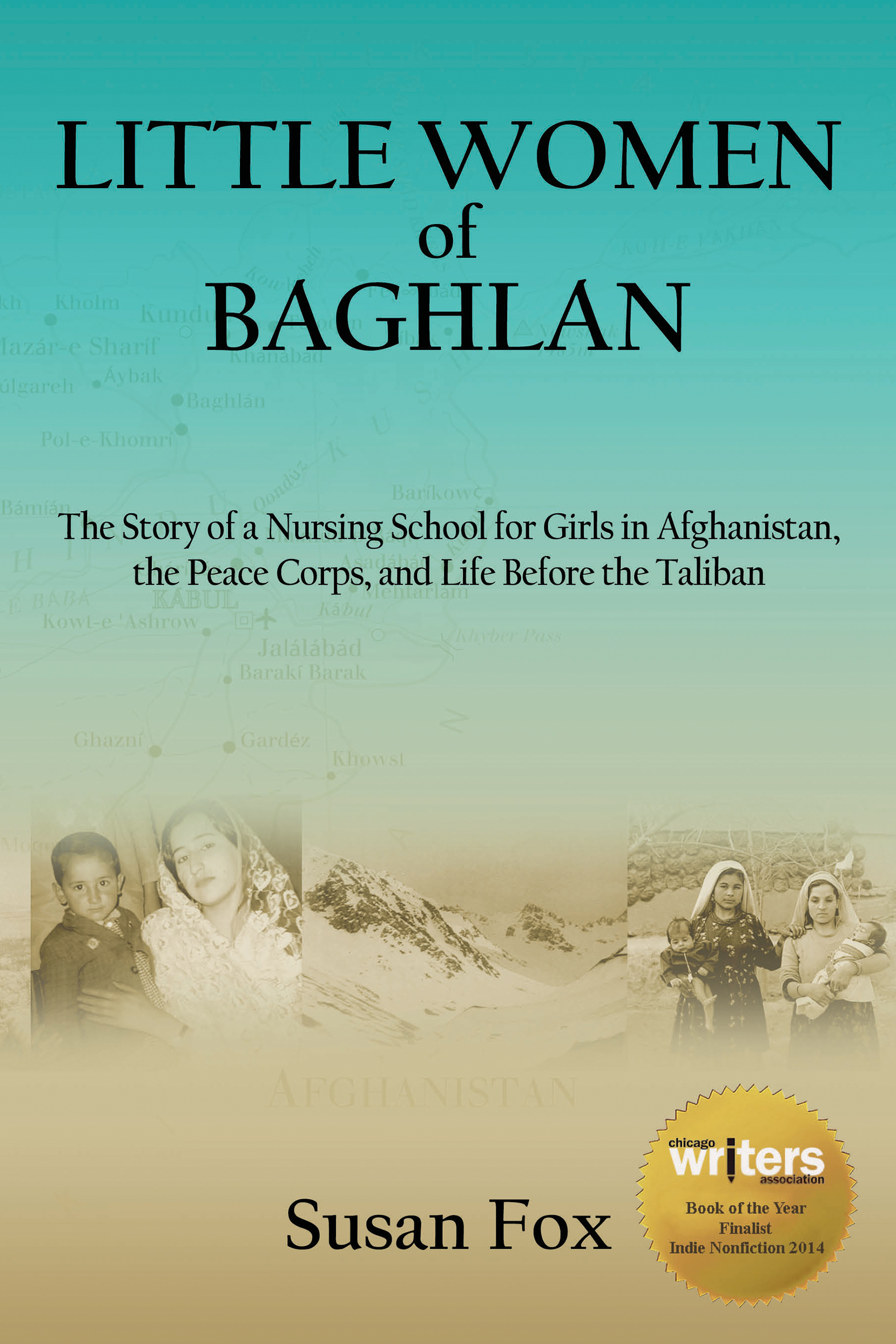 Get your copy today

1 The American Volunteers did not have cell phones or access to the internet. How do you think this fact shaped their experiences? How would it have been different if they had email and cell phone contact?

2 How have the Afghans’ perception of Americans changed over the years?

3 How would you have handled training, especially Farsi immersion? Are you an auditory or visual learner?

4 Afghanistan is considered to be a communal society, where families live together, and do things cooperatively—as a community. Society in the United States, on the other hand, values ”rugged individualism,” or “going it alone,” to achieve success. How do you identify with each of these cultures? How do you reconcile the rights of the individual with the common good of any community? How is this concept playing out in our country today?

5 When Jo is on the bus to Herat, the driver stops at a tea house. The women wait in a hot, stifling bus while the men have their tea and food. The female Volunteers eventually join the men. What would you have done in Jo’s place?

6 What is the significance of Mr. Hyatullah bringing the women a Christmas tree?

7 Has your impression of the Afghan people changed after reading “Little Women of Baghlan?” In what way?

8 What was your reaction to the parties the Volunteers attended? Do you approve or disapprove of them?

9 Mr. Arsala, the landlord, was helpful to the Volunteers, and at the same time, he was blatantly domineering in regard to his wives. How would you sum up his character?

10 Was there anything about Islam that surprised you?

11 Jo, Nan, and Mary had three distinctly different personalities. Do you think their temperaments complimented each other? How do you think this helped them cope with the hardships of their assignment? Which of the three women do you identify with the most?

12 Who do you think learned the most—the Afghan students or the American Volunteers?

13 What did you think of Nan’s relationship with Kamila’s brother? What would you have done?

14 Mary reveals a bit of her personality when the Volunteers go for a camel ride, and the camel owner tries to charge them for six camels. What did you think when she handed over a wad of Afs and ran to the taxi with the younger Volunteers?

15 Is the Peace Corps relevant today? How has it changed?

16 When working in foreign countries, how important is it to speak the language?

17 Americans often expect “instant results” when tackling a new project, or trying to change a situation. Does this help or hinder workers in foreign countries?

18 What was your reaction to Jo’s relationship with the airman from Peshawar?

19 19. When the Taliban took over in 2001, the issue of women’s rights went from bad to worse. It is now 2018. If the Taliban attempt to regain power, do you think the women will react in the same manner, or differently than they have in the past, in light of access to the internet, cell phone use, and the organization of Afghan women’s groups, such as “Women for Afghan Women.” (www.womenforafghanwomen.org)

20 Jo is independent, headstrong, and sometimes just plain “stubborn.” How does she come to accept help from her friends?

21 Young Afghan girls are frequently depicted as yearning for an education, and serious about their studies. Although this is often true, Jo’s girls were ambivalent about spending their days in a classroom. Why do you think they had this attitude?

22 At the 2012 NATO Shadow Summit in Chicago, former Secretary of State Madeleine Albright said that “Women’s rights and women being on various groups is the best way to ensure a better life for everybody, not just for women, but for everybody.” What do you think she meant by this statement?

23 Jo often put news events from VOA and the United States among her diary entries. Did you like to hear about them? Why or why not?