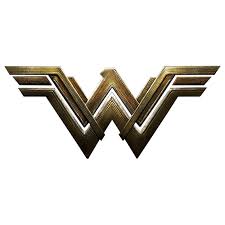 Facebook posts,  messages, Wonder Woman logos and breaking news—March 8, International Women’s Day was a time to celebrate women, to protest, to reflect on how far we have come, and to recognize how far we still have to go until we reach gender parity.

The United States Women’s National Soccer Team put their own exclamation point on this year’s International Women’s Day. On March 8, 2019, the team filed a gender discrimination lawsuit against the U.S. Soccer Federation. The U.S women’s team has won three World Cup titles, and four Olympic gold medals. As the lawsuit points out, in spite of their success, the women have been paid less than a third of what the U.S. men have been paid. The women filed the suit as a team, in solidarity. How cool that the date they filed was International Women’s Day.

Sometimes it takes more than words to make a point, or cause things to change.

Still, words are necessary—words express what we feel, motivate our passions, and inspire action. And once in a while the words are so perfect they make us laugh. There was a lot of that floating around on Facebook the past couple of days. Truth to power.

Finally, my daughter posted the following:

“Here’s to strong women. May we know them. May we be them. May we raise them.” To which she added: “And may we raise men who respect them. Happy International Women’s Day!” As the mother of two young boys, she is my Wonder Woman hero.

The first “Women’s Day” was celebrated in New York in 1909, followed by the first International Women’s Day gathering in 1911 that was supported by over a million people in Austria, Denmark, Germany and Switzerland. Prior to this, the Socialist Party of America, United Kingdom’s Suffragettes, and other groups campaigned for women’s equality. Today International Women’s Day belongs to all groups everywhere. It is not specific to any one group, country, or organization. It is celebrated around the world every year on March 8.

As full disclosure, I will tell you that I found this information at https://www.internationalwomensday.com/

Who knew International Women’s Day has its own website!?

Finally, I would be remiss if I did not acknowledge our sisters around the globe, particularly those in Afghanistan and Pakistan. The women of Afghanistan marked International Women’s Day with a public holiday, but in reality they await their fate. Most are fearful that in all likelihood the Taliban will return to power as American and NATO forces retreat.