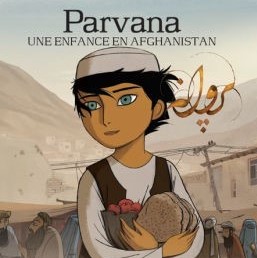 Bacha posh describes Afghan girls who are dressed by their parents as boys, then presented to the world as sons, rather than daughters. The term bacha posh is Dari, and means literally “dressed like a boy,” in this case, girls dressed like boys.

Throughout history, women have disguised themselves as men to navigate a male dominant society, or escape a repressive gender role. They have dressed as men to fight in wars, to have more personal freedom, or prosper professionally. In Afghanistan, however, the reasons are more complex, and gender roles are not switched by the girls themselves, but rather by their parents.

As in many countries, the birth of a son in Afghanistan is a happy occasion, a reason to celebrate. A male brings the family honor and status, for he will be the one to carry on the family name, and inherit the father’s property. His future wife and children will join the family unit, making it bigger and more powerful, and eventually he will care for his parents in their old age.

A daughter, on the other hand, is brought home quietly, often with shame, especially if the family already has several girls and no boys. A girl is considered a burden, the mother a failure.  Families without sons are to be pitied. Is it any wonder that a logical response to this public stigma has evolved? The solution is simple: transform a daughter into a son. Cut her hair short, dress her in traditional boys clothing, and give her a boy’s name. She is now a bacha posh, “dressed like a boy.” More often than not, teachers and family friends are aware that the boy is actually a girl, but they accept the status quo without comment, in deference to the parents’ wishes

Sometimes the reason for a bacha posh is more than status and honor—it is a matter of economic survival. Families with no sons simply need a boy to work outside the home. Boys can sell fruits and vegetables on the street. They can run errands, go shopping, help in the family business, wait on customers in a store, bring their sisters home from school, and make deliveries. Girls cannot do any of those things, but girls who are dressed like boys can work outside the home and provide the family with a better life.

Superstition also plays a role. Many families believe that having a bacha posh will make it more likely for the mother to give birth to a son in a future pregnancy.

I came across the tradition of bacha posh for the first time when I picked up a book titled “The Underground Girls of Kabul: in Search of a Hidden Resistance in Afghanistan,” by Jenny Nordberg.  A New York-based foreign correspondent, Nordberg originally broke this story for The New York Times in 2010. Her report revealed a practice of Afghan women and girls clandestinely living as men and boys in a country that gives women almost no rights and little freedom.

Author Deborah Ellis also wrote a children’s novel about girls dressed like boys after visiting Pakistani refugee camps as early in 1996. She had many conversations with Afghan women who had escaped from the Taliban, and those conversations inspired Ellis to write “The Breadwinner.” Published in 2001, the story follows an 11-year-old girl named Parvana who lives with her family in Kabul. After her father’s imprisonment because of the Taliban’s disdain for his western education, her mother and school teacher disguise her as a boy so she can work and become the sole breadwinner in the family. As a boy, she brings in an income for a household of six.

In 2017 Ellis’ story was released as the film “Parvana,” and was nominated for an Academy Award in the category ‘Best Animated Feature Film.’

Daughters who are disguised as sons have a place of honor within the family. They are allowed to speak freely, go outdoors anytime they choose, attend better schools, and play sports. For many bacha posh, what’s not to like?  For a young girl, it’s a time of freedom, of feeling strong and confident. They come and go as they please, learn to walk with a masculine swagger, and look people directly in the eye. They are taken seriously, compared to their sisters. They are challenged mentally and physically, adding to a sense of self-determination and competence. Bacha posh learn to drive, to repair engines, and climb trees. Nordberg says it best in the book dedication: To every girl who figured out that she could run faster, and climb higher, in pants.

The decision to make a daughter a bacha posh is a complex one. It provides benefits and freedoms, but some daughters wish to remain girls, especially if they are required to work long hours, or give up the things that girls traditionally do. And what happens to these girls when they reach puberty, and their status as a bacha posh ends? How are they expected to return to a traditional gender role?

A young women raised as a bacha posh has an extremely difficult time making the transition from life as a boy to life as a female, especially in a patriarchal society where women have very few rights or privileges. Nor does she have much safety, for that matter. Afghanistan has been deemed by the UN as the most dangerous country in the world to be a women.

Many young bacha posh want nothing to do with a forced marriage and by extension forced childbirth. Everything about their lives has to be re-learned: how to wear a burka, and walk with the fabric wrapping around their legs, their vision impeded. As a bacha posh they never had to cook or clean house, and now they must do it every day. They can no longer look anyone in the eye, or offer an opinion, but rather must lower their gaze among strangers and remain silent.

Nordberg addresses this dilemma in her book through four main characters. Azita, is a female parliamentarian whose youngest daughter is chosen to pose as her only son, Zahra is a tomboy teenager who struggles with puberty and resists her parents’ attempts to turn her into a woman, Shukria, is forced to marry and have three children after living for twenty years as a man, and Shahed, becomes an Afghan special forces soldier, still in disguise as an adult man.

I wrote about girls’ education in “Little Women of Baghlan,” concentrating on the years 1968-70, a time of relative stability in Afghanistan.  Peace Corps Volunteer Jo deploys to Afghanistan  in 1968, before the Russians or the Taliban, and establishes a school of nursing for Afghan girls. I feel that Nordberg’s book picks up the story where mine ends. Unfortunately for the women of Afghanistan, the situation has not improved, and the very existence of bacha posh indicate that girls are still required to make a choice between gender and freedom. 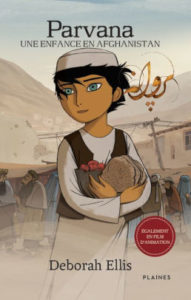 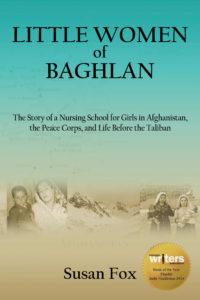 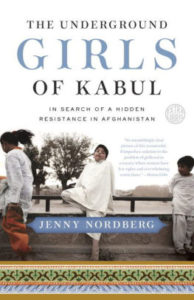